Last year saw flydubai, in support of the economic development of the UAE, remain focused on its long-term strategy to open up new routes by expanding opportunities for travel, maintaining efficient operations across its network and continuing to deliver a better customer experience.

His Highness Sheikh Ahmed Bin Saeed Al Maktoum, Chairman of flydubai, said: "the UAE has firmly established itself as a centre of gravity for aviation.  We have long recognised the importance of aviation to our economic growth.  flydubai continues to make a key contribution to our economy in particular as a result of its strategy to open up previously underserved routes."

His Highness Sheikh Ahmed Bin Saeed Al Maktoum, Chairman of flydubai, commenting on the Annual Results added: "recording its profitability for the third consecutive full year, the 2014 Results show that the recent order for more aircraft as well as investments in the offering on the ground and in the air have been the right strategy for the airline. flydubai's role in the aviation sector is now being recognised beyond the region."

Ghaith Al Ghaith, Chief Executive Officer of flydubai, reflecting on last year, said: "2014 saw flydubai open up a record number of new routes in what was a demanding year. To have achieved what we have achieved is significant. The continued investment in our people and operations has strengthened our business and ensures that we are well positioned for sustained growth in the future.   It is good to see that more passengers than ever before are travelling with us."

Passenger numbers: showing growing demand for its services from its passengers across its network, flydubai carried 7.25 million passengers in 2014 and has carried 24.3 million since it launched its operations.  It saw an increase in passenger numbers between 2013 and 2014 in Africa (14%), Central Asia (57%), Europe (11%) and the Subcontinent (11%).

Network: in a year that saw the airline add 23 new routes, creating a network of 86 destinations, flydubai also increased frequency on many of its existing routes. Weekly flight frequencies to Beirut increased from 14 to 21, to Kuwait from 53 to 77, to Muscat from 28 to 41, to Salalah from 3 to 5 and Tbilisi which went to a daily service. The airline now operates 1,400 flights per week.

flydubai offers one of the most comprehensive networks in the GCC with 608 weekly flights across 16 points in the region.

Having recognised the potential of the emerging markets in North and East Africa the schedule increased to 63 flights a week across 12 points.

Flights started to the regional economic hubs of Almaty and Moscow further strengthening trade and tourism opportunities with the UAE and onwards to Africa and the Subcontinent.

With the launch of four new points in India, flydubai saw 70% growth in passenger numbers and there remains much opportunity.

Aircraft deliveries: All aircraft delivered since August 2013 have been configured with Business Class. flydubai took delivery of eight new Next-Generation Boeing 737-800 aircraft  and ended the year with a fleet of 43 aircraft.

Business Class: flydubai ended the year with 70% of its routes offering Business Class.  During the course of the year ahead, it will announce the remaining routes to receive this service and together with the successful completion of the 12-month retrofit programme flydubai will be able to offer a consistent product for its passengers across its network. It also enhanced the business class offering on the ground with the opening of the flydubai Business Lounge at Terminal 2, Dubai International.

Terminal 2, Dubai International: The extension and refurbishment of Terminal 2 has provided a better customer experience. To further enhance the convenience of the airport 15 self-service kiosks have been opened for all passengers travelling to the routes that allow this facility.

Al Maktoum International: the 80-day period of the runway enhancement project between May and July at Dubai International saw flydubai operate a number of flights from this airport ensuring additional capacity for its passengers during this period.  With the successful completion of the project all of flydubai's operations resumed from Terminal 2, Dubai International on schedule.

Staff numbers: flydubai continued to strengthen its experienced team increasing the number of staff to 2,883 including 571 pilots, 1,235 cabin crew and 221 engineers representing more than 111 nationalities across flydubai's workforce.

Awards: flydubai received a number of Awards during the year recognising its easy to use, technically advanced inflight entertainment system, the achievement of its Cargo division to introduce electronic Air Waybills (e-AWB) across its operations, two Awards for the debut Sukuk issuance as well as the recognition for excellence in its sector by CAPA, the Centre for Aviation.

Ghaith Al Ghaith commenting on flydubai's operational performance said, "the changing economic landscape not only makes demands on the business but also provides us with opportunities. Achieving a balance as a result of the speed with which we are able to respond to the changing global economic environment is reflected in our operational performance as we are well set to create a network of more than 100 destinations. It is important for us to continue to recognise this global rebalancing as we grow our fleet, expand our network and evolve our business model."

EBITDAR* growth is in line with the increase in revenue and is at a healthy rate of revenue at 22.1%.

Fuel remains the single largest cost at 36% of the total operating costs and though lower than the previous year has benefited from the downward trend in fuel prices starting from the last quarter of 2014.  Currently 30% of fuel requirements for 2015 are hedged.

flydubai Cargo has secured ACC3 EU certification which will allow the airline to transport Cargo to the new European routes.   The busiest cargo routes include Colombo, Doha, Juba, Kiev, Kuwait and Muscat. Continued demand for cargo services saw an average of 3,000 tons carried each month and revenue growth was 11.8% compared to 2013.

Financing: flydubai continued its strategy to diversify its sources of funding. In November it issued a landmark debut Sukuk transaction successfully raising $500 million.  The 5-year Sukuk was six times oversubscribed demonstrating the strong international investor appetite for this paper.   Funds will be used for general corporate purposes and refinancing.

2015 will continue to be a demanding year due to the global socio-economic landscape.  flydubai will see the remaining aircraft from its 2008 order delivered. As in 2014, flydubai launched its first new service of the year to Saudi Arabia.  This saw the first international flight land at Nejran on 10 January and became flydubai's 12th point in Saudi Arabia.  In March, a three times a week service to Chennai in India will start.

Ghaith Al Ghaith, commenting on the outlook for flydubai, said: "we will end 2015 with a fleet of 50 aircraft. Together with the new route launches this is an endorsement of the strategy we set out at the beginning and underlines the achievements of the past six years. I'm grateful to the team at flydubai for helping us to ensure that we are well positioned for sustained growth in the years ahead as we start to prepare for the new deliveries in 2016 and the first deliveries of the 737 MAX 8s in 2017 bringing further efficiency to our fleet."

* EBITDAR is calculated as earnings before interest, taxes, depreciation, amortisation and rental costs 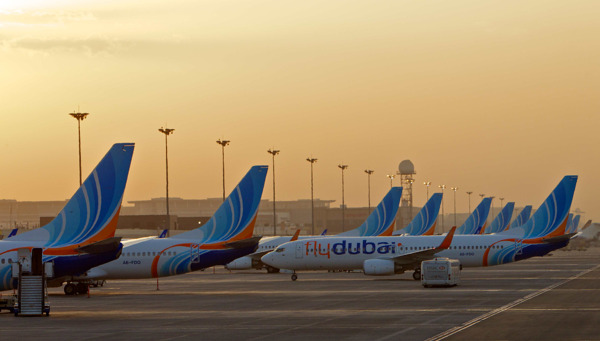