Commenting on the launch, Ghaith Al Ghaith Chief Executive Officer of flydubai, said: “With the addition of Aqaba and Thessaloniki to our network, we increase the number of underserved markets served by flydubai with direct flights from the UAE to 71 destinations. The fact that around 70% of our network was previously underserved means that we remained committed to the vision set for us to create free flows of trade and tourism and the strengthen direct air links with the UAE.”

flydubai earlier announced the launch of several new routes for 2018 including Tivat, Krakow, Dubrovnik, Catania, Kutaisi, Qabala and Batumi from March onwards. This brings the number of destinations served by the carrier in Eastern and Southern Europe to 27, Caucasus and Central Asia to 11 and GCC and Middle East to 30.

“We are looking forward to the start of flydubai’s flights to Aqaba and Thessaloniki. Both cities are major economic, industrial, commercial centres and very popular leisure destinations especially in the summer. Making these destinations more accessible to travellers looking for new destinations to explore, will undoubtedly stimulate the traffic flows and tourism between the UAE, Greece and Jordan”, said Jeyhun Efendi, Senior Vice President Commercial (UAE, Middle East, Europe & CIS). “flydubai’s passengers and passengers connecting from other airlines including Emirates, will be able to enjoy our

reliable and affordable services to these new routes whether choosing to fly Business or Economy,” he added.

Aqaba Airport (also known as King Hussein International Airport) serves the city of Aqaba in Jordan. Aqaba is located on the Gulf of Aqaba and is the country's major seaport, as well as being an important industrial centre and a growing tourist destination. Home to many luxurious hotels and resorts, the city attracts victors interested in visiting Aqaba and diving in the Red Sea, doing a day trip to Petra, camping in the neighbouring Wadi Rum along with a number of historical and cultural attractions. 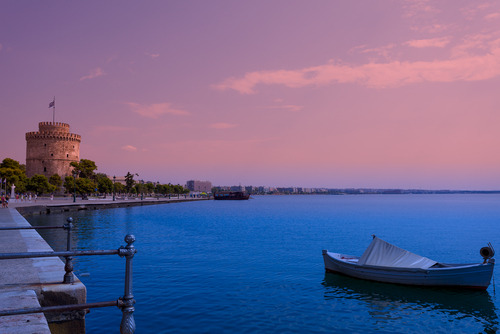