The agreement was signed by the Acting Director of Visit Russia, Yulia Mokhova, and Senior Vice President Commercial (UAE, EU, ME, CIS) at flydubai, Jeyhun Efendi. This was part of the ceremony to open the Visit Russia Office in Dubai which was set up to increase tourist traffic from the Middle East to Russian destinations. The launch ceremony was attended by Consul General of the Russian Federation in Dubai and Northern Emirates, Gocha Buachidze, and the Vice Head of the Russian Federal Agency for Tourism (Rosturism), Sergei Korneev and Mohamed Al Noori, Dubai Municipality.

Jeyhun Efendi said: “flydubai is committed to creating free flows of trade and tourism between Dubai and the destinations across our network. Since we launched our first flight to Russia in 2010 we saw the opportunity to connect Russia to the UAE with a focus on regional cities with populations of more than a million people. We are pleased to work with the Russian Federal Agency for Tourism and Visit Russia to develop further opportunities for tourism.”

The airline’s comprehensive network in the country includes daily flights to Moscow’s Vnukovo International Airport and flights to a number of Russian regional destinations including Kazan, Mineralnye Vody, Samara and Yekaterinburg. 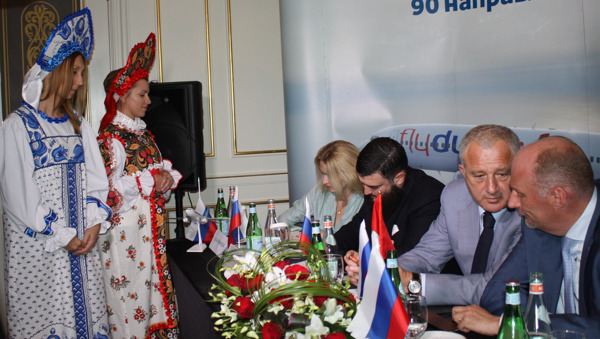