flydubai continues to play a prominent role in the UAE’s aviation industry. The contribution it makes in support of its thriving commercial and tourism sectors is demonstrated by revenue of AED 3.7 billion (USD 1.0 billion).

His Highness Sheikh Ahmed Bin Saeed Al Maktoum, Chairman of flydubai, said: “2013 was a remarkable year for flydubai.  We started the year having achieved our first full year of profitability; we launched Business Class services across our network and to support our future growth we placed the largest single-aisle Boeing aircraft order in the Middle East.”

Commenting on the results, His Highness Sheikh Ahmed Bin Saeed Al Maktoum, said: “our 2013 profit rounds off another successful year for flydubai.  The increase in profitability and focus on ensuring the efficiency of our operations, in spite of a complex operating environment, demonstrates the strength of our business model.  flydubai remains focused on playing a vital role in the UAE’s economic development and creating free flows of trade and tourism in previously underserved markets.”

Continued demand for travel within a five hour flying radius of Dubai resulted in an increase in passenger numbers to 6.82 million a 38 per cent increase compared to 2012.

Aircraft delivery was accelerated resulting in seven new Next-Generation Boeing 737-800 aircraft joining the fleet last year.  Together with the rolling retrofit programme a total of 14 aircraft are configured with a business class cabin.

The airline, which operates an average of 1,100 flights a week, launched 17 new routes during 2013 bringing the network to 66 destinations.  It doubled its network in Russia to eight destinations; underlined the commitment to its network in the Kingdom of Saudi Arabia with 10 destinations, many of which have not previously had direct flights to Dubai, as well as Salalah in Oman. It ended the year with the first direct flights to Chisinau, the capital of Moldova.

flydubai has strategically expanded its network within a five hour flying radius of Dubai and has opened up 46 routes that were previously underserved or did not have direct air links to Dubai. This has offered passengers in these markets access to a more convenient travel option.  Passenger numbers across flydubai’s network demonstrates strong demand with 17% growth in Africa, 24% in the Caucasus, 39% in Central Asia, 55% in Europe including Russia, 37% in the GCC and Middle East, 41% in the Subcontinent and these markets remain its geographic focus.

The newly refurbished Departures hall, opened in May, provides a convenient start to our passengers’ journey. Improved facilities, offering a better customer experience, included 52 check-in counters as well as self-service check-in kiosks; made available for the first time.

flydubai grew its international team, drawn from 99 nationalities, to more than 2,250 employees including 499 pilots and 922 cabin crew.

Ghaith Al Ghaith, CEO of flydubai, said: “Our results reflect the strategic gap we fill, in particular, the approach we have taken to open up 46 routes that did not previously have direct air links to Dubai. The achievements of the past year could not have been delivered without the commitment and hard work of our experienced team, together with our partners, who are focused on exceeding our passengers’ expectations on board flydubai.”

Fuel expense remains the single largest operating cost and is 39.5 per cent of total cost.  During the last quarter of 2013, flydubai started hedging and 29% of the total fuel requirements for 2014 have been hedged.

October 2013 saw the launch of Business Class an evolution of flydubai’s passenger offering.  In line with the planned roll-out of this project nine aircraft have been retrofitted with a business class cabin and all five aircraft delivered since August have been configured with two classes.  To ensure consistency of this new offering flydubai continued to push ahead with expanding this service across its network and by the end of December 2013 Business Class was available on 28 routes including Bucharest, Doha, Kabul, Malé, Riyadh and Yekaterinburg.

Ghaith Al Ghaith, CEO of flydubai, said: “recognizing the expectation that has been set for us by carrying Dubai’s name we continue to lead in product innovation to meet the travel needs of our customers. Our disciplined approach to managing the efficiency of the airline has enabled us to deliver an increased profit for 2013.”

At the 2013 Dubai Airshow, flydubai committed to ordering 75 Boeing 737 MAX 8s and 11 Next-Generation Boeing 737-800s, valued at $8.8 billion at list prices. In addition, the airline retains purchase rights for 25 more 737 MAXs. The first aircraft from this order, 11 Next-Generation Boeing 737-800s, will be delivered between 2016 and 2017.  Deliveries of the first Boeing 737 MAX will commence in the second half of 2017 and continue until the end of 2023.  As one of the most reliable and efficient single-aisle aircraft models of its type, currently available today, these aircraft will support flydubai’s continued growth and replace some of the original aircraft in its fleet.  The remaining aircraft from the order placed at the 2008 Farnborough Airshow will be delivered by the end of 2015.

In 2013, flydubai continued to diversify its sources of funding.  The positive response received from the market is an endorsement of flydubai’s strategy and continuing growth.  During the year, an agreement for USD 228 million was signed with five regional and international banks to finance six Next-Generation Boeing 737-800 aircraft.

AED6.6 billion (USD 1.8 billion) has been raised in competitive financing or committed from the market to fund the acquisition of 43 aircraft to date.

flydubai’s award winning ‘Fiber-To-The-Screen®’ (‘FTTS®’) Inflight Entertainment (IFE) system from Lumexis with over 1,000 hours of non-stop entertainment includes the latest releases, available in High Definition, from Hollywood and Bollywood as well as films in Arabic and Russian.

flydubai launched its new branding identity at the Arabian Travel Market in May reflecting the airline’s spirit of enabling tourism and trade.  The evolution of the brand has been built on reliability and consistency throughout the customer experience and enhanced with product innovation evident in both flydubai’s economy and new business class.

After another remarkable year for flydubai, the operational climate in 2014 will remain challenging. The outlook remains positive due to the efficiency and flexibility of flydubai’s model and operations which will ensure flydubai is best positioned for year ahead.  2014 promises more aircraft and more routes enhancing connectivity in support of Dubai’s economic development.

2014 will see the delivery of eight aircraft enabling it to continue the expansion of its network and quickly got underway with the start of twice-weekly flights to Hofuf, its eleventh point in Saudi Arabia and the first direct air link to Dubai, on 06 February.

flydubai continues to roll-out Business Class across its network and at the end of February it was available on 46 routes. This year destinations including Abha, Baku, Basra, Belgrade, Gassim, Krasnodar, Muscat, Najaf, Tbilisi, Volgograd, Yanbu and Yerevan are some of the cities that will have Business Class available on board during the course of the year.

flydubai’s dedicated Business Class lounge, with a range of facilities for the business traveller, will be available during further stages of the refurbishment of Terminal 2.

flydubai will continue to attract some of the best talent available in the industry as the team grows.

Ghaith Al Ghaith, CEO of flydubai, said: “adding more aircraft to our fleet this year will see us opening up many more new routes and to have placed another order for more aircraft before we have received all the deliveries from our original order shows our appetite for further expansion and the continued demand for our flights.  There remains much untapped opportunity for us. During 2014, with the help of our team, we will build on the solid foundations that have been laid.” 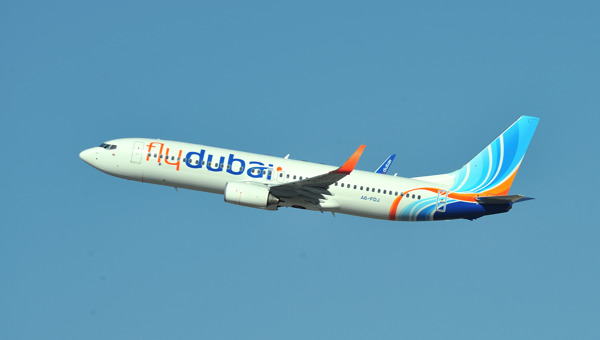