By the end of December 2016, flydubai had flown more than 3.4 million passengers between Kuwait and Dubai since launching operations in Kuwait. with a 10% year-on-year growth. Beginning as a double daily service to Kuwait in 2010, the carrier now operates 12 conveniently timed flights a day through its exclusive terminal at Sheikh Saad Al Abdullah Airport. While the majority of passengers use this route to travel to Dubai, they can connect on to a range of exciting destinations on flydubai’s network including Colombo, Kathmandu, Sarajevo and Tbilisi.

Commenting on the occasion, flydubai’s CEO, Ghaith Al-Ghaith, said: “flydubai has played an important role in increasing air traffic between Dubai and Kuwait. We are committed to serving this route which strengthens the strong cultural and tourism ties between our two nations. Offering an affordable quality service with a high frequency has enabled passengers to travel more often for business and leisure, and we look forward to responding to the growing demand for quality aviation in the country.”

Sudhir Sreedharan, Senior Vice President, Commercial (GCC, Subcontinent and Africa) for flydubai, said: “On the occasion of our seventh anniversary in Kuwait, we would like to reaffirm our commitment to boosting connectivity between the two markets and achieving further growth in our operations in Kuwait. As a reliable and efficient airline, we have built a high level of trust among our customers in Kuwait and will continue to meet their needs in the future.”

With the expansion of flydubai’s network, Kuwaiti passengers now have more opportunity to connect onwards to a host of 93 exciting destinations in 44 countries across the Middle East, Africa, Indian Subcontinent, Asia, Europe, Russia and Central Asia. 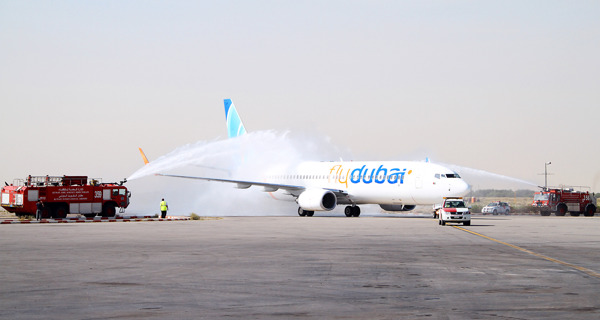