Dubai-based flydubai received its 50th aircraft. The delivery of the Boeing Next-Generation 737-800 completes the order the airline made at the Farnborough Air Show in 2008.

Commenting on the completion of the order, Ghaith Al Ghaith, Chief Executive Officer, flydubai said: "In the six years since flydubai was launched we have built a network of 94 destinations with new cities joining all the time.  We have benefitted from being located in Dubai, an international centre for business. flydubai has supported Dubai's commercial and tourism sectors by opening up 67 new routes that did not previously have direct air links to Dubai.  We are recognised by our passengers for providing reliable travel services and have helped to change the way people travel across our network.  This aircraft represents the fulfilment of the vision set for the airline in 2008. It has been a remarkable journey."

"flydubai's growth has been nothing short of remarkable," said Boeing Commercial Airplanes President and CEO Ray Conner. "In a span of just six years, flydubai has built a 50 strong fleet and a rapidly expanding network.  We are extremely proud of our partnership with flydubai and the confidence and trust it continues to place in Boeing's present and future single-aisle airplanes."

The decision to choose the Boeing 737 model to form the fleet was due to its reliability, safety and fuel efficiency. 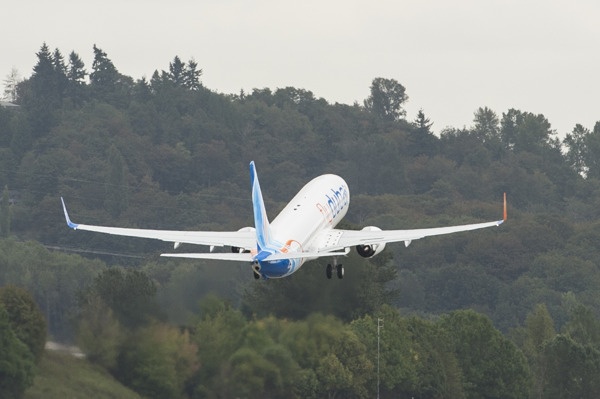