The demand for travel on flydubai remains strong and the airline has seen its overall market share grow. These factors have, however, been offset by the price performance determined by the market. The airline also faced comparatively higher fuel expenses during the reporting period with fuel costs accounting for 24.8% of operating costs compared to 23.5% in the previous reporting period. In addition, the airline added 8 aircraft to its fleet since July 2016.

Ghaith Al Ghaith, Chief Executive Officer of flydubai, said, “the demand for travel from the growing number of our passengers remains strong. We will however continue to manage our cost performance and balance this with our long-term view of the potential for air travel in the region.  We know that we need to remain flexible to the market dynamics across our network. We will continue our disciplined approach to increasing capacity whilst pursuing our broader goal of firmly establishing flydubai at the centre of the global travel industry.”

Arbind Kumar, Senior Vice President, Finance of flydubai, said, “during the first six months of this year, we have seen pressure on both yield and cost.  We continue to focus our efforts on three key areas: improvement in our cost performance, a broadening of our distribution and optimisation of our network.  Knowing that we have faced a similar seasonality and trend in previous years, we will move ahead cautiously but strong in the knowledge that there remains much untapped opportunity.”

Fleet: During the first half of 2017, flydubai took delivery of the last of the Next-Generation Boeing 737- 800 aircraft receiving one aircraft in February and a second aircraft in April. The average age of the fleet is 4.0 years and this underscores flydubai’s strategy to operate a young and modern fleet.

Network growth: flydubai started twice-weekly flights to Sylhet on 15 March 2017 increasing to six flights per week in May.  For the first time, flydubai launched flights for the summer season to Batumi in Georgia, Qabala in Azerbaijan and Tivat in Montenegro.  Due to the popularity of direct flights to these new holiday destinations services have been extended to October.

The previous investments in product and services are returning results as well as enabling flydubai to retain and attract new passengers. The airline has embraced new technologies with the aim to improve costs through dynamic yield management and using real-time data to enhance the customer journey.

A new model aircraft: flydubai is the first airline in the region to take delivery of the Boeing 737 MAX 8 aircraft. The airline is set to receive six new aircraft by December 2017 with entry into service during the fourth quarter providing greater flexibility, reliability and efficiency to its fleet.

Ghaith Al Ghaith, looking towards the year ahead, said, “during the next six months we will see the new Boeing 737 MAX 8 aircraft bring greater operational efficiency to our fleet, we will open up previously underserved destinations on our network, see more passengers travel with us and continue to invest in the future growth of the airline.  There remains much potential for flydubai as part of the UAE’s aviation hub and a key driver of the sustainable development of the trade and tourism industry.” 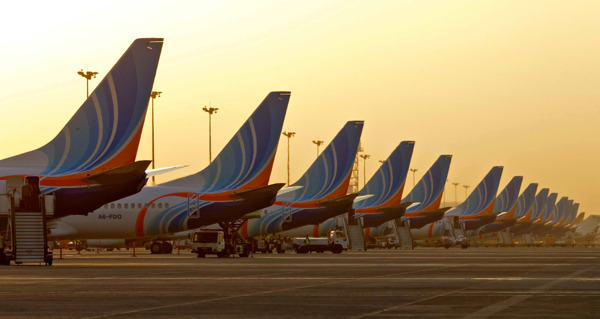 From its home in Dubai, flydubai has created a network of more than 90 destinations served by a fleet of 54 aircraft. Since commencing operations in June 2009, flydubai has been committed to removing barriers to travel, creating free flows of trade and tourism and enhancing connectivity between different cultures across its ever-expanding network.

An expanding network: Created a network of more than 95 destinations in 50 countries across Africa, Central Asia, the Caucasus, Central and South-East Europe, the GCC and the Middle East, and the Indian Subcontinent.
Serving underserved markets: Opened more than 70 new routes that did not previously have direct air links to Dubai or were not served by a UAE national carrier from Dubai.
An efficient single fleet-type: Operates a single fleet-type of 54 Boeing 737 aircraft and includes: 36 Next-Generation Boeing 737-800, 15 Boeing 737 MAX 8 and 3 Boeing 737 MAX 9 aircraft.
Enhancing connectivity: Carried more than 75 million passengers since it began operations in 2009.