flydubai is the first carrier from the UAE to operate direct flights to the Kurdish city with a twice a week service from its Dubai hub to Sulaimaniyah International Airport. The frequency is set to increase to three times a week from June this summer.

Commenting on the recommencement of flights to Sulaimaniyah, Ghaith Al Ghaith, Chief Executive Officer of flydubai, said: " We are pleased to see the direct air links between the UAE and Sulaimaniyah return after three years of suspension. flydubai first operated to the Kurdish city in 2010 and we have seen over the years the positive demand from the region. We look forward to further strengthening our network in Iraq, a key market that has been witnessing a rise in investment, trade and tourism.”

Sulaymaniyah's economy today relies on tourism, agriculture and a rising number of SMEs, most of which are involved in the building trade. The city is also home to the second biggest museum after the national museum in Baghdad, and hosts a number of Kurdish and ancient Persian artefacts dating back to 1792–1750 BC.

Iraq is an important market for flydubai served by 46 weekly flights. Operating from Dubai’s aviation hub, passengers from Iraq have access to a wide network of destinations in Europe, Asia, India and Russia.

flydubai recently announced the launch of flights to Helsinki in Finland and inaugurated a number of routes including Dubrovnik in Croatia, Krakow in Poland and Kinshasa in the Democratic Republic of the Congo. The carrier has grown its network to more than 95 destinations in 48 countries, served by a fleet of 61 modern Boeing 737 aircraft.

For the full flight schedule, fares and promotions please visit www.flydubai.com or contact the Customer Centre on +971600 544445. 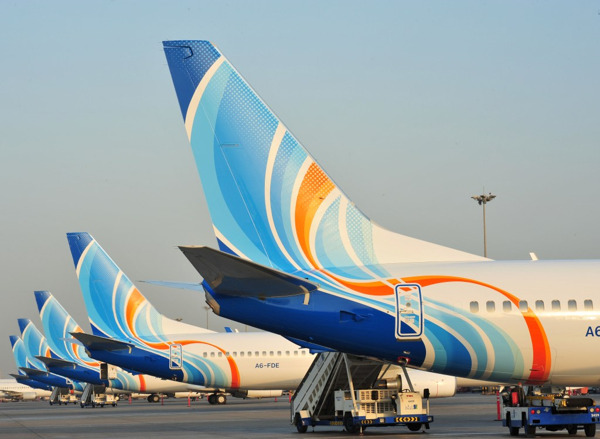 From its home in Dubai, flydubai has created a network of more than 95 destinations served by a fleet of 68 aircraft. Since commencing operations in June 2009, flydubai has been committed to removing barriers to travel, creating free flows of trade and tourism and enhancing connectivity between different cultures across its ever-expanding network.

An expanding network: Created a network of more than 95 destinations in 50 countries across Africa, Central Asia, the Caucasus, Central and South-East Europe, the GCC and the Middle East, and the Indian Subcontinent.
Serving underserved markets: Opened more than 70 new routes that did not previously have direct air links to Dubai or were not served by a UAE national carrier from Dubai.
An efficient single fleet-type: Operates a single fleet-type of 68 Boeing 737 aircraft and includes: 32 Next-Generation Boeing 737-800, 33 Boeing 737 MAX 8 and 3 Boeing 737 MAX 9 aircraft.
Enhancing connectivity: Carried more than 80 million passengers since it began operations in 2009.